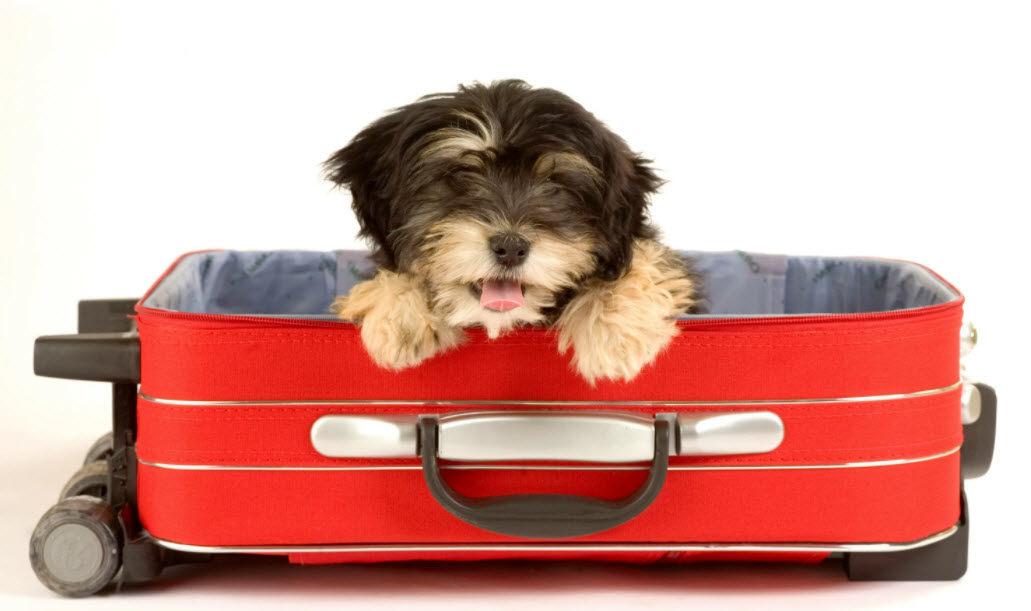 The author of this article has shipped numerous dogs and cats from Southeast Asia and has the following general recommendations.

Try to start finding information out at least three months before you move. Some countries require vaccinations to be done at least two months before transporting the animal, so you’re going to need to get to work on things as quickly as possible. If you can, try to find a web site which gives other peoples experiences in exporting animals from that country. There’s no point in reinventing the wheel, and learning from another persons experience will save you a great deal of frustration during the process.

If you’re moving your pet internationally, you’ll be required to have your veterinarian implant an identification chip. Try to have this done at least one month prior to your flight, in case the animal encounters any problems with the chip. Having it done even earlier might be a good idea as well. Depending upon when you last had it done, you’ll also need to get a rabies booster and get some form of certification on a rabies immunization certificate. In many Asian countries, the veterinarian has to physically sign the paper rather then using a rubber stamp signature. The veterinarian will also have to be specifically registered with the government of the country that you are departing from, as well.

If possible, and get the containers that you’ll be shipping your pets in weeks before the actual move. This will give you plenty of time to get your pets acclimatized to the cage. One way that we found useful was to put their food and water containers in the back of the cage and simply leave the door open constantly. Not only will your dog or cat get used to being inside the cage, they will also come to associate it with the pleasant experience of eating. The more comfortable that they are with the cage, the less stress that both of you will feel on the day of the move. And remember to include a few of their favorite toys in the cage during the flight.

After you get all the necessary moving information from your airline, call the actual airport and verify the information with the people who will actually be receiving your pets on the day of the flight. Often the people working within the terminal will have either inaccurate or incorrect assumptions about their airline’s animal handling procedures. Sometimes this works your advantage, other times, it doesn’t. You want to set up the best possible scenario for yourself prior to the actual day of the flight.

Arrive at the airport early. Very early. Four hours early is not out of the question. It is almost guaranteed that you’ll have last-minute problems checking the dog or cat. You want to arrive early enough that you can solve all of these problems without missing your flight. Get all of the necessary paperwork in checking procedures completed up until the point where you actually physically have to hand the animal over. If you done this and you still have an hour or two free before the flight, this gives you another chance to take the dog or dogs or another walk.

Try to have a written copy of the airline’s pet handling procedures with you in case you need to argue with any of the check in people. Printing pages from the airline’s web site is probably the best. Be prepared to argue on the day of the flight, and always try to remain calm. If you receive an answer that you don’t like from some of the check in people, just ask to be moved one step up the chain of command. This usually solves most problems.

Almost every airline requires that you include a small portion of food and water in the cage while you are shipping the dog. While it may not seem like the kindest thing to do, you should try to keep both amounts to a bare minimum. It’s better for your dog to be a little thirsty at the end of the flight than to have them suffer during the flight with either wet bedding or an uncomfortably full bladder. And unless you have a gravity fed water bottle, the water will invariably just splash out of the container during loading and soak the dog’s bedding.

If you’re traveling with dogs, then both the day before the flight, and five or six hours prior to the flight, be certain to take them on extremely long walks. This will help to insure that they’re both a little bit tired during the flight, and also completely empty of urine and feces. Speaking personally, this method allowed our dogs to endure a marathon 14 hour flight from Hong Kong to Vancouver without any ‘accidents’ in their containers.

If you’re transferring during an international flight and are able to, unchecked the dogs from baggage and take them out for some exercise. While you’ll undoubtedly get a few raised eyebrows from fellow travelers in the airport, you will give the dogs an excellent chance to both go to the bathroom and get in a brief stint of exercise. Many airports now have small parks or rest areas near them, but even if they don’t, a walk through the parking lot is considerably better than no exercise at all.

As soon as you arrive at your final destination, try to again and get your dogs out as quickly as possible for a bathroom break. In most airport’s you’ll have to retrieve your animals from the over sized luggage area, which means that they will either be unloaded either first or last, depending upon the airline. If the animals are coming in from overseas, the have to be inspected by someone at the airport from the appropriate governmental agency, which currently is Agriculture Canada. This generally involves a cursory examination of the animals to make sure that they’re still healthy, as well as a few forms to fill out. The fee for this examination currently costs around $50 Canadian, and the bill can be shipped to your home rather than having to pay it immediately.

All that’s left now is to get your pets to their final destination in your car or truck. Now is also a good time to water and feed them, since you’ve already given them a bathroom break at the airport. If their final destination is a location which is new to them, you still want to be certain to keep them on a leash until they become familiar with the area. So, find a place for their bedding and bowls, and your job is done!