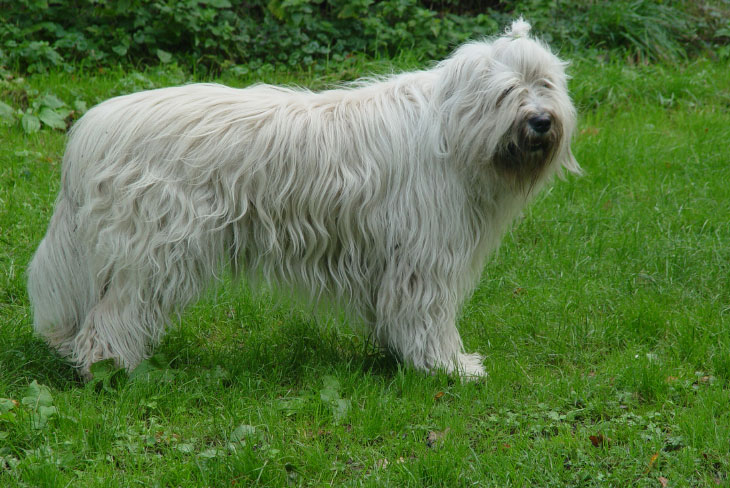 If historians cut the ancient territory from the USSR in two pieces, it is from East to West. But it seems more logical to cut it from the North to the South. In the North we find Tundra´s (arctic steppe), then woods, and from the Oka river banks, woods become more widely spread and change in wooded steppe.

Throughout a line going by Kiev-Kharkov-Kazan, we find real steppe without any trees. This fertile area which was called Chernoziom (black earth) is large and goes from Romania to the rural mountains. In this area we find the Ukraine and Crimea and Moldavia too. This land without borders was very known by nomadic people, warriors and trade-man. Since the antiquity, this land is crowded and since VII B-C, Scythe people began to trade with Greece. From 800 A-D, Khazar people took over the south of the steppe. Khazar’s were a real mosaic forming an ethnically group. Their religions and tribes were very different, they were trade people and warriors who went far away from their own land, the north of the Caucasus. They permitted peace in this area. And since their arrival the land began to be a trading land, amber, silk from China, precious stones from Byzantium, wine and so on… Then Varegue people, coming from Norway made the first and real national identity of this land. Varegue tribes were not really conquerors, they merged into native tribes. They were pagans but they took the Byzantic religion and obliged native people to do the same. They learned the Cyrillic alphabet. Russians Kiev was born.

In 1037 Yaroslav the Wise built St Sophie´s Church in Kiev. The country was prosperous, but the juridical rights were complicated and the contemplative way of religion didn’t give the Ukraine the same growth as in Occidental (the West). In 1223, Tatar tribes conquered the Ukraine and the kingdom fell down. The capital city was Moscow, and during this time the Ukraine became the theater of a lot of colonization. The Tatars at first could win, not only because of their number but also because of their stronger horses and their use of bows, which was an unknown weapon until this moment. They burned everything when they came. Native people who couldn’t escape hide themselves on islands in the Don river, nearby the Azov sea. They created the first colonies of Cossack’s. After the Ukraine was colonized by Poland, Lithuania and some part of the Ukraine called Ruthenia were taken over by Hungary in the 11th century. In 1648, Cossack refused to accept Polish conquerors because they were Catholic and Ukrainian people asked to be under Russian protection. But we have to wait until Katharine the Great to see a new growth in the Ukraine. In the Ukrainian history the succession of people, cultures and customs which melt together gives us an idea about the diversity of this country. Settled people and nomadic people were farmers, breeders and tradesman. It´s easy to imagine how many breeds were imported, exchanged and selected. It was in this country that the South Russian sheepdog was bred. But we have to know more about the past before we will have a better understanding of this breed in the twentieth century.

While talking about the South Russian sheepdog, one name automatically comes up from the past. ASKANIA NOVA! A lot of questions which are still without answers remain in this area. Telling you the story from Askania Nova is telling the Russian story and our South Russian sheepdogs story. In 1763 Katharine the Great, Russian empress, decided to populate the land between the Volga and Don. When the Ukraine asked for Russian protection, Katharine wanted these fertile plains to be cultivated. But in reality she wanted to stop the Cossack attacks because these attacks frightened people. She wanted to do the same as the Austrian empress who populated the Hungarian plains in the same way. She made an ordain which was sent to Europe, in which Russia offered land to anybody who wanted to cultivate it. A lot of colonists from Holland, France and Germany soon came. Johann Feine was one of these colonists. He deserted from the army of the Duke of Wuttenberg, who fought for the Prussian emperor. Johann was fed up with war and decided to go to Russia. He settled in a German colony in Saratov where he built his clay house and became a farmer. Nothing was easy for these colonists, they came from land where farming was known a long time ago, but in this new country they were obliged to learn everything by themselves and invent many things to survive. The weather was terrible and all the animals they had brought with them, died. The native animals were half wild, Cossacks often attacked them and, as in every colony, it was very often crowded. Together with two friends, Johann decided to go further into the south, trying to find new and virgin land. Johann settled at almost one hundred kilometres away form the Azov sea. He built his house which was called New Land, breeding cows, sheep and horses. And he got married. His youngest son, Frederic, was sent to Kharkov to study and he opened a trade.

When Johann died Frederic came back home, but the domain was falling down and Frederic decided to buy new land and begin a large breeding with sheep. In 1826, the Duke of Anhalt-Kothen asked permission to create a new colony in Russia – to be more precise, he wanted to open a school for the amelioration of Merino sheep. The duke was related to Katherine the Great who was German also and who was called Sophie Anhalt-Zerbst before she was converted in the Orthodox religion. She died sometime before, but her grandson (little) Nicolas the First accepted his cousins paln. The new colony was settled in Melitopol, not so far away from the new domain of Frederic Feine which was called Elisabethfeld. The duke of Anhalt-Kothen brought sheep over from his own Prussian domains, Genz and Rosslau (on the river Elbe), from Poznanie to Odessa and finally to the new colony. This one was called Askania-Nova (new Askania). Since 700 years the Anhalt family had the right to carry the Askania (or Ankania) title as well. In this time, Frederic Feine bought new grounds nearby Kherson, “Prubashenka”. The first sheep travel to Askania-Nova counted 2886 animals, and in 1828 and 1835 even much more came. Frederic Feine went on with his own breeding of sheep and horses. He was married and had just one daughter called Elisabeth who was married to a man from Saxen, Falz.

The Crimean wars began in 1854, Nicolas the 1st had died and the new Zar Alexander II visited Prubashenka and thanked Frederic for his help during a Pest epidemic. During his visit Frederic requested if his name could be linked with the name of his son in law. Children from this family were now called Falz-Feine. When Askania-Nova was sold in 1856 the Falz-Feine family bought it and the were Russians since 100 years. Frederic Falz-Feine, great-grandson from the first one came back from Odessa where he studied Natural Science. He decided to create a natural park in Askania-Nova, he digged well, imported rare breeds like horses from Przevalksi and Tibetan Yaks and he practised hybrid to ameliorate his own breeds. He showed his best species in 1896 in Nizhi-Novogorod, all of them (horses, cow, sheep) received the best prices in exhibitions. He even worked with the Berlin Zoo director. And it was at this moment that people began to speak about his dogs. Czar Nicolas II came in 1914, visited Askania-Nova and gave Frederic the title of “Baron”. He learned that 500.000 sheep lived there together with 1000 dogs to protect them. We want to thank the Falz-Feine family and especially Eduard Falz-Feine who loves in Liechtenstein. He dedicated us a book written by H. Heiss called “Askania-Nova, steppe paradise”. Some pictures came from this book of which all rights are reserved.